M16 Half Track with Quad Mount 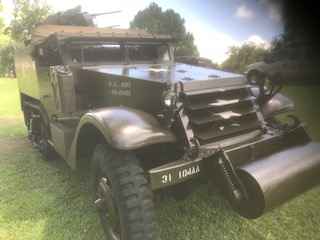 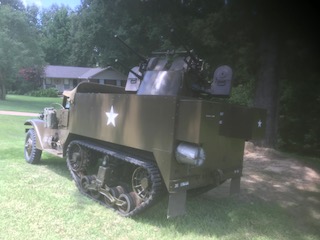 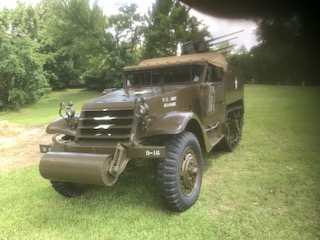 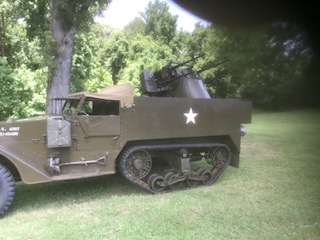 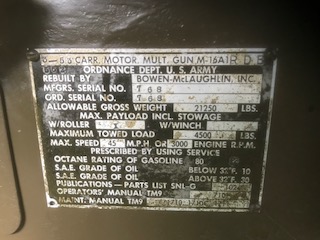 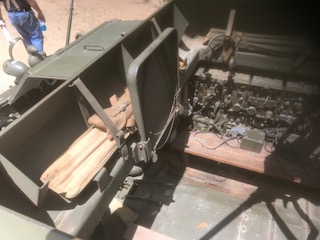 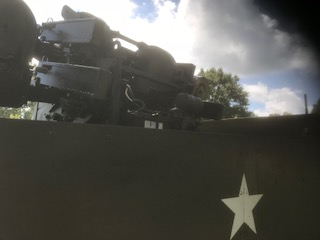 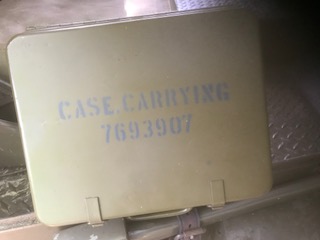 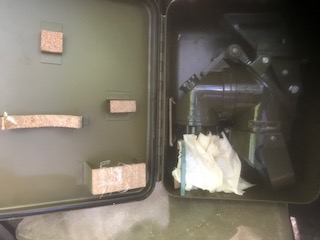 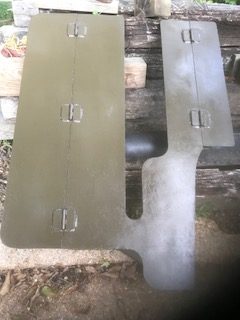 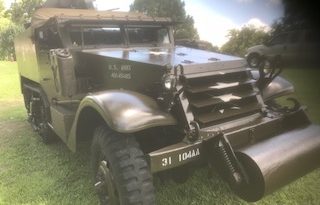 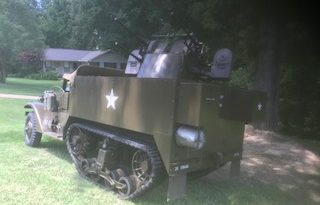 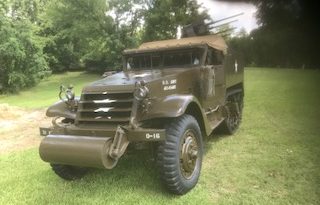 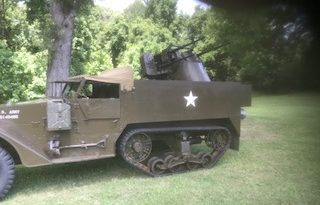 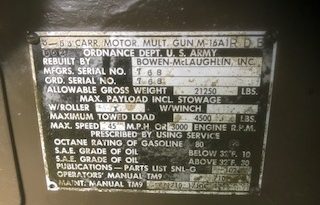 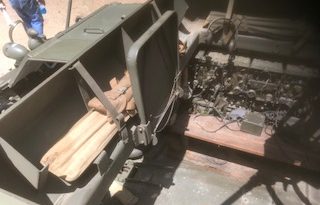 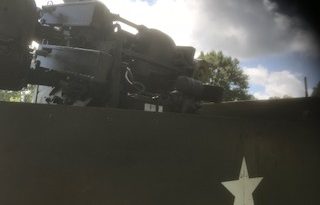 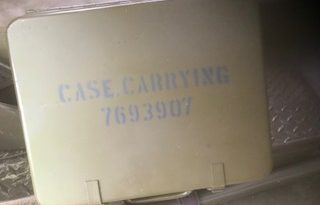 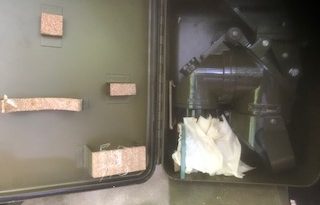 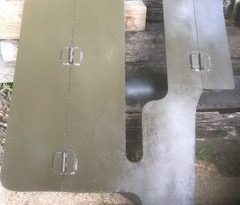 1943 Multiple Gun Motor Carriage modified M15A1 halftrack. These were the primary anti-aircraft artillery in World War II. The Halftracks were modified M3s to carry the Maxon M45 quadruple mount for .50 caliber M2HB machine guns. The combination proved plenty formidable against the Luftwaffe. The flip-down panels along the sides allowed firing at ground targets with aiming down to 10 degrees below horizontal. It proved to be an effective infantry support system as well.

This one has post war modification, is in great condition, and runs great. Rebuilt in 1952.  Less than 100 miles on the new tracks. The Quad Mount functions and it features dummy metal guns with real barrels and the rare “Bat Wing” armor.  Everything is original.  Accessories include Spare Barrels, Quad Optics, Side Curtains, Spare Ammo Cans – Tombstones (6 total).  Many accessories still in original wrap.